So it looks like this Orctober has been a banner month for me. I think I've painted more this one month then I have in that past two years.

So here's a quick review of what Ive finished this month.

First up an Orc hero. One of my favorite Orc heroes I might add. He's got everything you'd want from an 80's Orc- leering grin, gangly limbs and an awesome helmet. 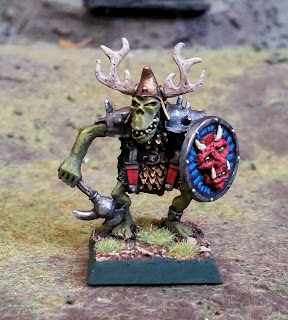 Next up is an Orc champion. Originally intended to be the leader of my Orc crossbow unit but  usurped by another. 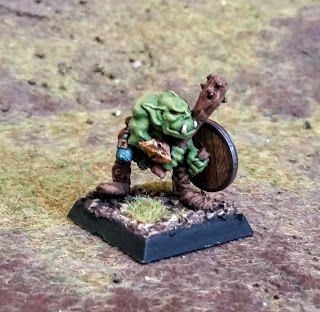 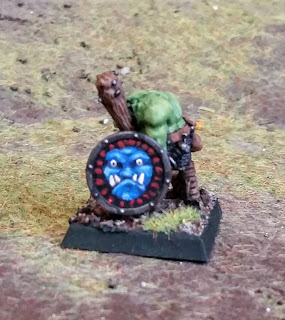 A mighty unit of 28 Orc Crossbows.  Hopefully I'll have more pictures and an actual story to go with them coming up next month or so. 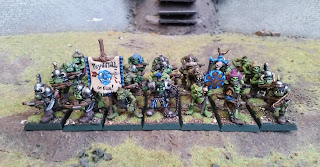 I ended up using Mr pointy finger as their leader. I figured crossbows are a bit complicated for Orcs and they'd need a disciplinarian with a whip to keep them on task. But honestly this is one of my least favorite Orc models, he's a bit static and the modern looking books and big shoulder pads look a bit too 40k, he may end up being replaced at some point. 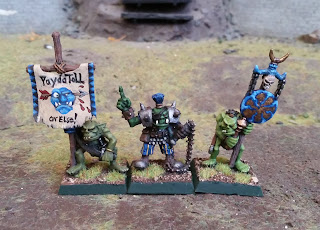 One of the odd ball models in the unit. I believe he's from Citadel Ad&D line. 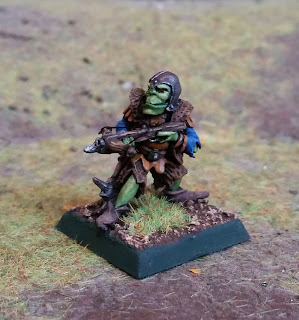 A quick pre-slotta Orc. Didn't turn out too great, the skin tone makes him look frog-ish. One of the crossbow orcs was pulled from the pre-slotta The Ol' Rusty Axe Gang so I need to paint up a replacement. 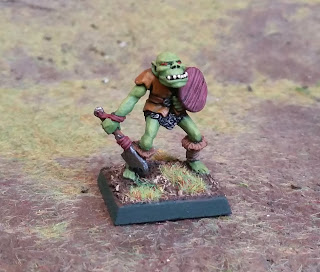 Last off I finished a couple Orc villagers that have been pushed around my desk half painted for a couple years. 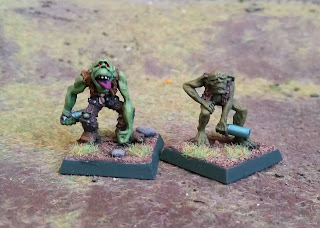 So that's it for this month. November is an extremely busy month for me so I doubt I'll be able to get much done and I'll probably go dark for at least the next three weeks.

I'd also like to mention that I was not able to join the Oldhammer Army Painting challenge as I previously had posted, so ignore that. Apparently I didn't squeak load enough to enter.
However I do like the idea of painting 200 points worth (3rd ed) a month and I will continue to endeavor to do so.
November being tight month I'll give a shot at finishing these nice classic trolls which rounds up to 200 pts.